The plot where a new single-family house is going to appear soon is located within the administrative boundaries of Kyiv. However, it is totally surrounded by a pine-tree forest. On one of the sides the forest works as a noise barrier that protects the plot from a busy highway nearby.

The house is going to be a home for five people. Considering this fact, we decided to use a very simple layout plan as we arbitrarily divided the volume into smaller “houses” for the parents and the children on either side of the common space in between. 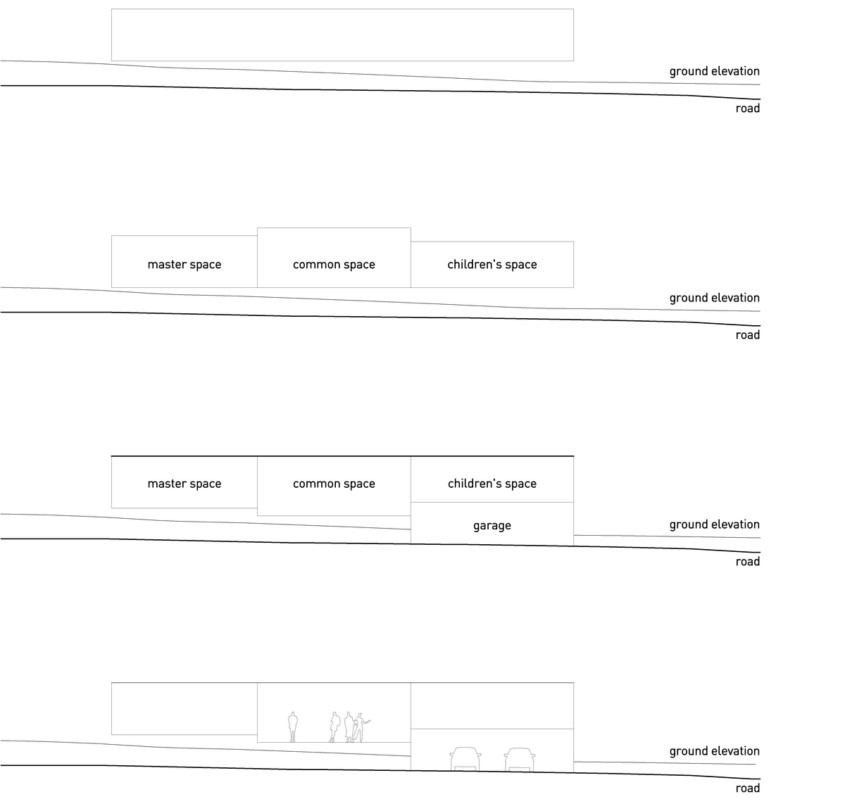 A horizontal single-storey floor plan is used to emphasize the vertical lines of the trees that grow on the plot rather than competing with them.

The “skin” of the building accentuates the consistency of the form. It is perforated in some places and embedded in others, creating an overall pattern made of grayish-brown bricks. The brick masonry also “crawls” inside the house. 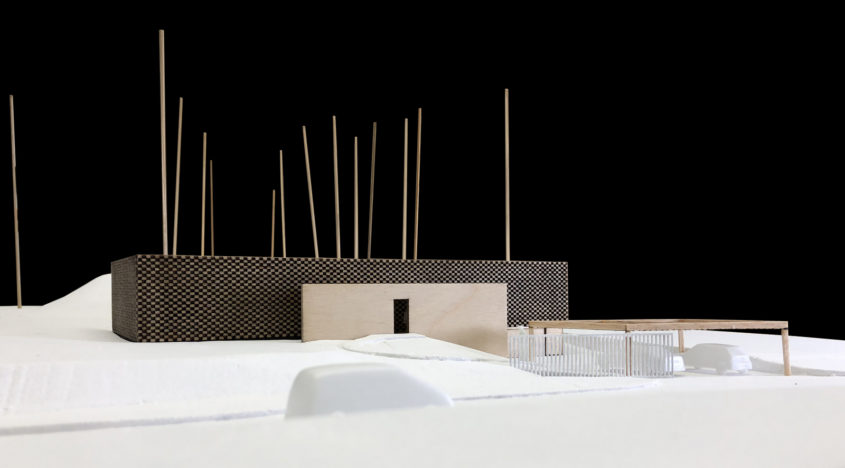 The landscape has a difference in elevation of more than one meter in cross section. This natural feature prompted a rather interesting design solution for organizing the access to the plot. Thus, the house can be accessed in two different ways: via a smooth ramp or by climbing the stairs under the overhanging roof. 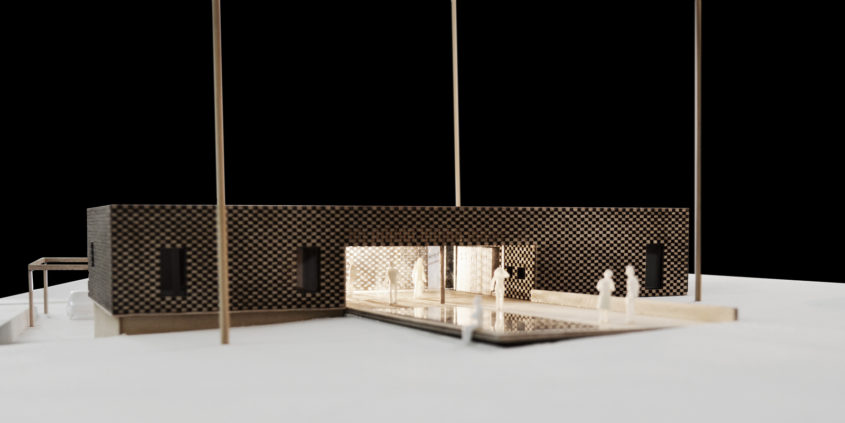 The boundary between the inner and outer parts of the common living space is blurred. The coherence of the entire space is further emphasized by the terrazzo floor in both parts. The inner part is located within the body of the house. In warm weather it makes one single whole with the outer part of the building as it transforms into an open-air terrace that can be used during six months of the year. The outer part of the common space is where the swimming pool is situated. The space is articulated by a parapet of a bench. The latter highlights the difference in elevation and makes a nice place for having fun. Following the example of the Palazzo Medici in Florence, we discovered a certain correlation between the program and the proportions of the rooms in terms of their physical dimensions on the floor plan. So, the height of the shared living space is one meter higher than that of the children’s rooms, while the master bedroom has a medium height. In spite of having three different ceiling heights, the whole sequence of rooms lies under one flat roof.