This project is intended “to reclaim” the traditional typology of a courtyard, coupled with modern high-density typologies. This strategy helped us to create an ensemble that has a strong identity and clearly marks the district. The entire ensemble consists of two objects: U-shaped and L-shaped. The main principles that stand behind the ensemble are air circulation, maximum view of the gulf, and public space which is the heart of the complex. 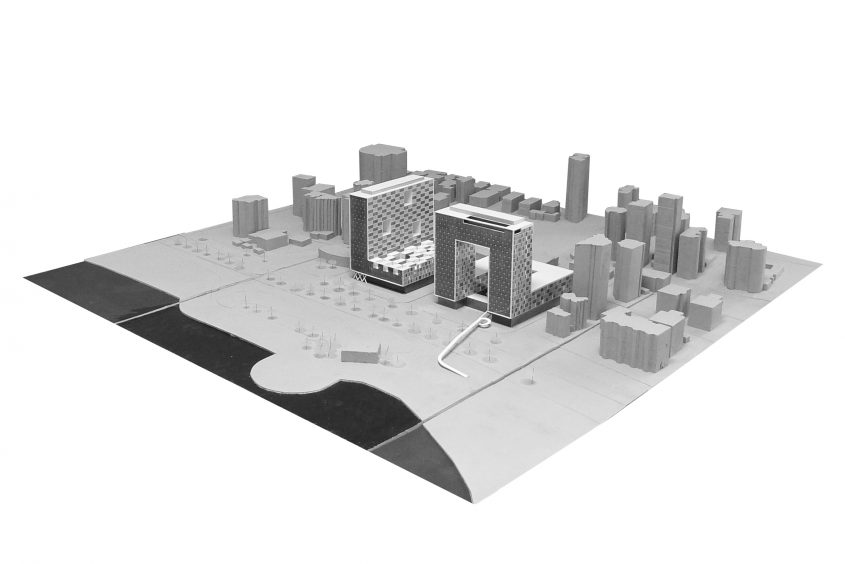 The galleries of the U-shaped volume go along the perimeter and link together the entire infrastructure. They are easily accessible both from the hotel and the residential part. Those facilities that are open to general public are accessed from the ground floor, while those that have a club character are accessed from the first or the second floors. There are 4 communication cores: two in the towers and two in the corners. It is convenient because it helps to separate flows of hotel guests and permanent residents. Parking is accessed from the back side of the site. The first floor accommodates business center, conference facilities, health club with a swimming pool and hotel restaurant with an open terrace. The development site has enough space to create a pedestrian bridge towards the embankment. One of its branches can directly reach the public space of the complex.

Both parts of the complex work as a single organism. They are connected on the ground level, which represents a mix of commercial and public space.