The plot is located on the intersection of major thoroughfares /Odessa ring road and Leningradske shosse/ of both national and international importance. The plot enjoys maximum contact with transport flows, which makes it an ideal location for retail facility. However, the world financial crisis caused dramatic decline in dynamics and scale of retail business both in Ukraine and in the whole world. Evident lack of energy in Odessa region and prospective rise in the cost of energy supply in Ukraine made us consider an alternative solution to energy deficit in this area.

The concept of plot development follows two main principles: synergy and phased realization of the project. Synergistic complex includes four main elements: retail, entertainment, energy production, and cultivation of flowers and vegetables. Phased realization and the variety of parceling patterns of the complex give rise to numerous scenarios of its development.

Major manufacturing capacity, built into the project, provides sustainable balance between manufacturing activity and consumption. Produced energy will be enough to satisfy the energy needs of the complex, while the excessive energy can be sold to outside consumers. On the whole, the project can serve as a role model for business activity under the existing conditions of energy and financial deficit. 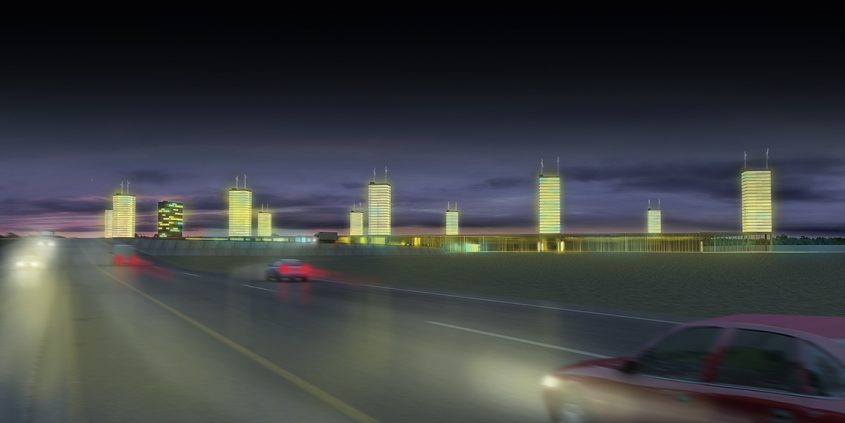