We developed the Infobox concept in the framework of Biennale of Young Art 2019 in Kharkiv. The main idea of the pavilion is to allow anybody to climb the pedestal, take the place of the former Lenin monument1, and have a look at the city and one’s role in it from a new perspective.

After WWII, the square in front of Gosporm partly transformed into a spontaneous garden that looked like a forest. Compositionally, the designed pavilion lies on the same straight line together with three other important elements: Gosprom – the main landmark of the city; the place that has been vacant ever since the statue of Lenin was toppled; and the garden that occupies the central part of the square. It’s an amazing coincidence that the layout of the Freedom (Svobody) square in Kharkiv is in sync with the Biennale’s concept – “Looks like I’m entering our garden”.

“In the darkest of times, tending a garden was considered to be an act of confidence. Amidst  catastrophes, in the wake of earthquakes and bombardments, having one’s goals and aspirations crushed by a totalitarian society, or trying to stand ground against the barrage of changes that erode old directions, leaving the map of our previously familiar world completely blank. When our worldview collapses and no action seems possible, we are still able to create a semblance of order through the simple act of tending a garden.“
© biennale.org.ua Infobox pavilion is a temporary facility that consists of several blocks: information, education, exhibition, and reflexion. The educational function is represented by a mult-purpose amphitheatre with 70 seats that can be a venue for lectures, conferences, film screenings, and other educational events. 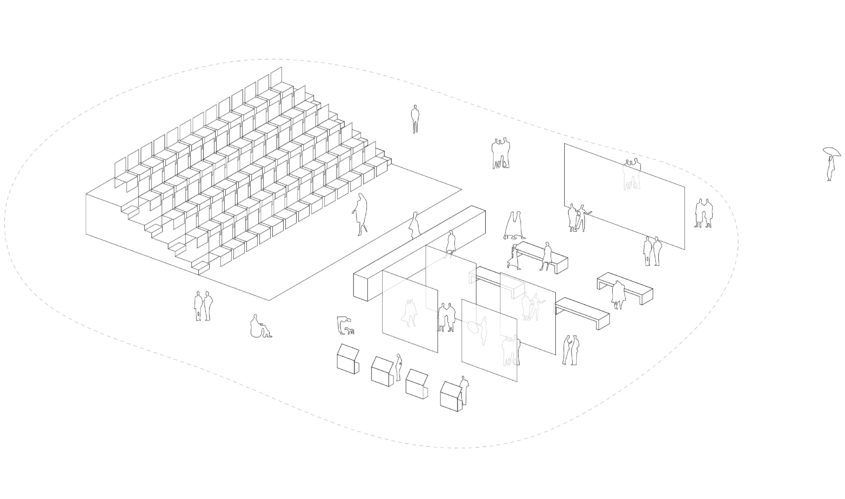 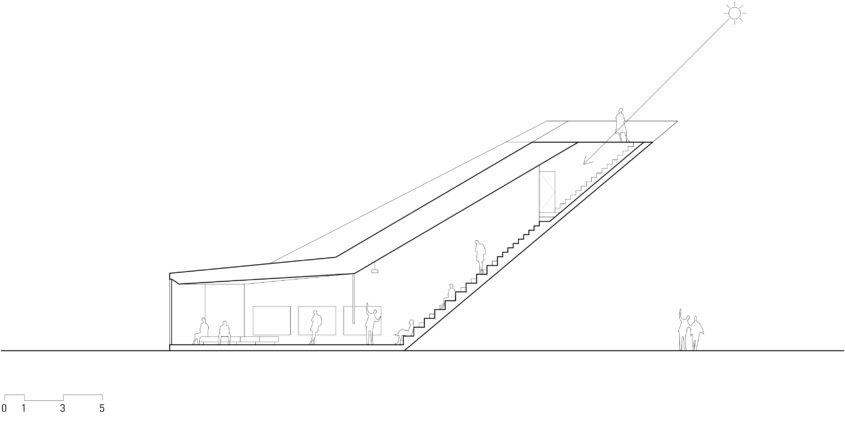 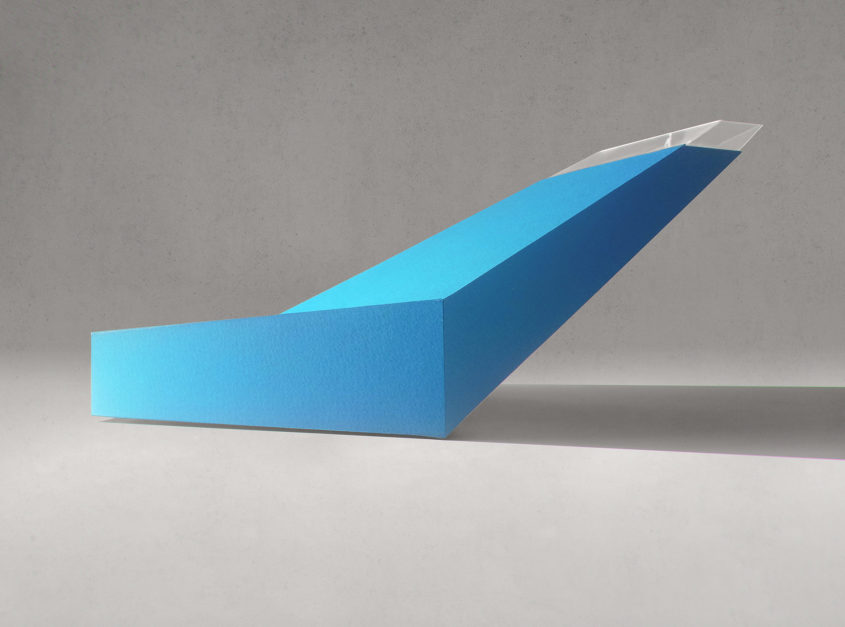 1. Lenin Monument — the statue of Vladimir Lenin that was unveiled on 5 November 1963 on the Freedom square in Kharkiv. It was toppled on 29 September 2014 during the Ukrainian Revolution of Dignity and Decommunization process.