The reconstruction of Kharkiv Literary museum was initiated by the museum team that has put in a great deal of effort into creating its meaningful content. Thanks to its research activity, educational projects, exhibitions and public initiatives, the museum has long become an important place on the cultural map of the city and home to a number of events that have already acquired certain regularity. Having understood their mission and available infrastructure, the museum team has come up with a new vision of their further development, and we, on our part, helped to interpret their ambitions with the language of architecture.

The existing building, where the main part of the museum is located, is a mansion dating back to the early XX century. The current interior is divided into numerous small rooms that are not suitable for museum function, which made the navigation rather complicated both for the visitors and the staff. That is the reason why the reconstruction project suggests extracting all the central walls from the existing building. On the ground floor there is a lobby with all the required facilities, a hall for conferences, presentations and educational programs, as well as a gift shop and a café with an open-air terrace. The main exhibition space is moved to the new extension and accessed from the ground. The extension occupies most of the existing backyard reaching the boundary of the plot. The exhibition scenario takes the visitor to the gallery that envelopes the courtyard as an open-loop rotunda. The courtyard with preserved trees is filled with a variety of events. An open library, a venue for public activities, literary recitals, and performances – all this generates a new type of urban space, which is a pleasant place to be. Immediately accessed from the street, this open space invites passers-by to come inside. The first floor is allocated for the offices for museum researchers and curators of exhibition programs. The top level houses museum depositary, where a special climatic regime is maintained. The open loop of the rotunda is made of bricks taken from the demolished walls inside the old building. In this fashion, the museum donates part of its own flesh in order to create a brand-new space. 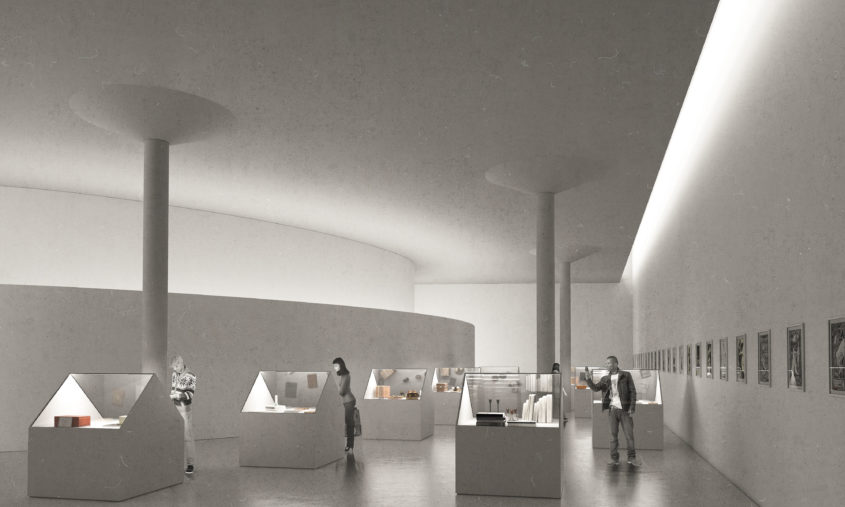 We hope that this reconstruction effort and the new space which is bound to appear will help the Literary museum to establish its presence in the city even stronger. 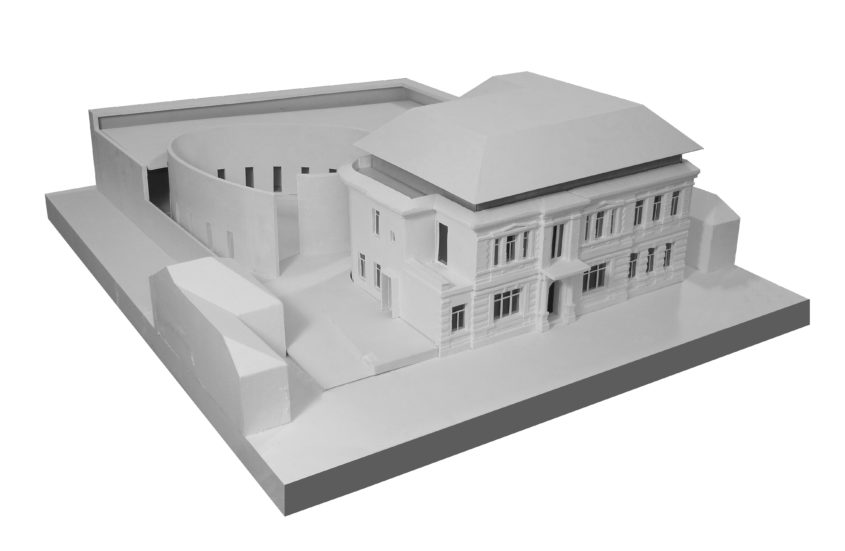