The plot for a new fitness club and an office building is situated at the meeting point of two urban grids. New interventions respond to both structures.

The new fitness club appears inside the sports complex established in the Soviet times, coming as a third missing element between the gym and “Pioner” swimming pool.

The utterly laconic and solid rectangular block conceals within itself a free interflowing space permeated with numerous sightlines. 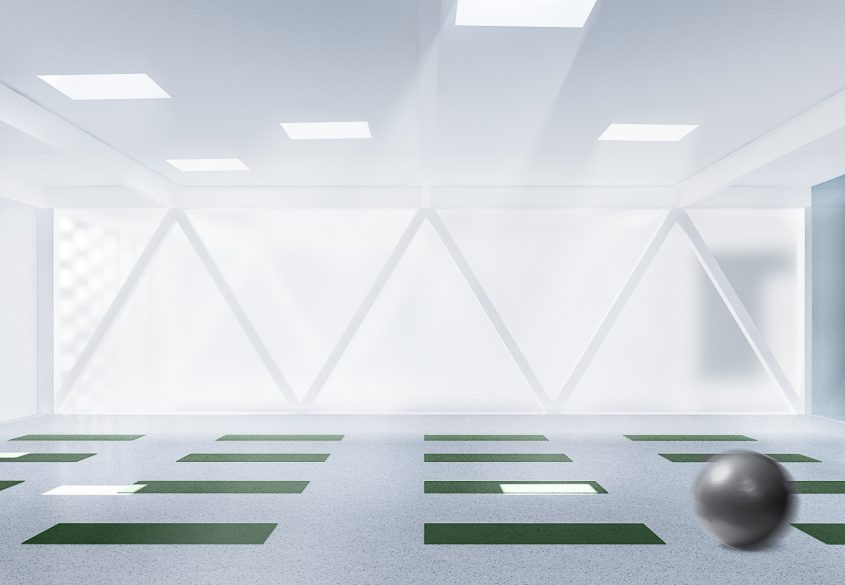 Functionally, the club is divided into three levels. On the ground floor there is a large two-story lobby, together with all administrative and utility premises. The upper level is a room for a vast open-space gym. At the very top there are “suspended” private rooms for group trainings. The perforated facade maintains the balance between inward concentration and observation of external phenomena. The curb blocks provide sun protection and create an easily recognizable image.