The legend says Kyiv is built on seven hills. One of them is Tatarka, a historic neighborhood in Kyiv downtown. The plot for a family house is located on this hill, in a valley resembling an amphitheater. These landscape features were used to create a living environment.

The aim of the project is to create an environment where the owners experience the surrounding landscape as part of the house, including the slopes of the hill, and perceive the natural walls and greenery as a wallpaper pattern which changes over seasons.

The main volume is located so as to achieve the best view over the territory. It is elevated and linked to whole plot along its perimeter resulting in an interesting walking scenario around the territory and a view over the city. The steep slopes are cut in some places rationalizing the land use and providing a space for a lounge zone with barbecue. The trees in the south-east were partially pruned to allow more sun for the terrace at the swimming pool, while in the south-west the trees protect the house from unpleasant western sun rays in summer. The use of homogeneous material unifies all the elements of the house into one single structure that merges with the landscape and outlines the living space. 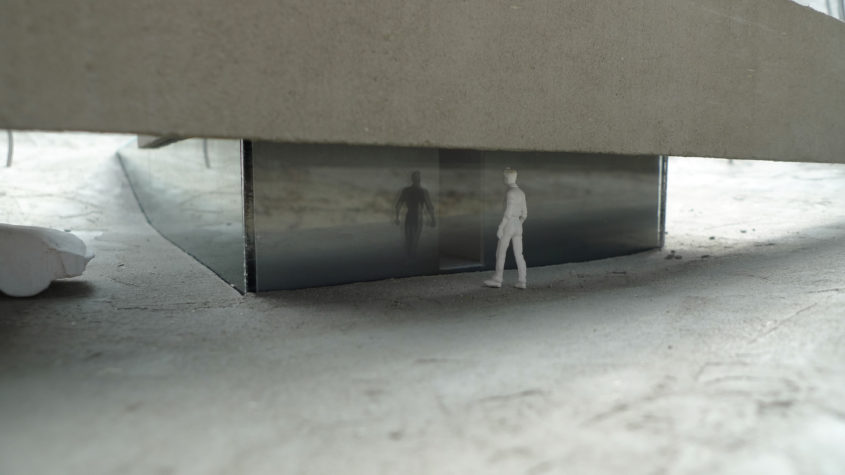 The children’s rooms and the master bedroom are separated by means of a stairсase overlooking the city, with a vast two-storey space exposed to the garden. The study and the guestroom have their own terrace linked to the lounge zone.

Czukerka
Kontorska street, Kharkiv, Ukraine
We use cookies to best present our site. If you continue to use the site, we will assume that this suits you.Ok